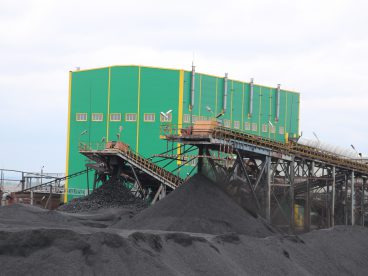 In 2019 Russian Coal Group, which is one of the leading coal producers in the Russian Federation, increased coal processing at situated in the Khakassia region (Siberia) coal refining plant by 21% — to 4.1 million tons.

The production that is getting processed is D-rank steam coal from Stepnoy coal mine which is in high demand both in Russia and abroad. In 2019 4.4 million tons of coal was produced at this mine, which is 200 thousand tons more than in 2018.

The coal refining plant at Stepnoy coal mine was put into operation in 2011 to improve coal quality and calorific value. In 2018 Russian Coal Group started the reconstruction of this plant. In 2019 the construction of the new sector of the plant was finished. This renewal increased production capacity of the plant and made possible to process all coal mined at Stepnoy open-pit.

At the refining plant coal processing is carried out in the aquatic environment using modern German and Russian equipment. Production of Stepnoy coal mine is used by municipal utilities and power generating companies as well as exported to Europe and Asia.